The Best Holiday Gift for Your Kids: Talking About Gender and Sexuality 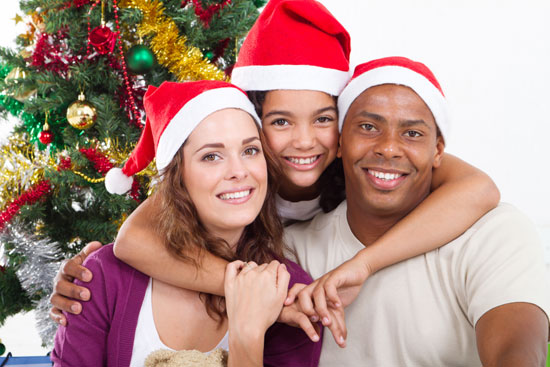 The most common reason I hear parents give for why they haven’t started talking with their children about sexuality is, “Because my kids haven’t brought it up yet.” These parents, who will confess sheepishly that they are looking for any excuse to put off “the talk” as long as possible, believe in their hearts that by not talking about sexuality they are keeping their children “innocent.” Yet they are actually doing the exact opposite. Children do not live in a bubble. And when parents fail to take the lead and proactively talk about sexuality, they are relinquishing control over the topic and allowing the culture at large to educate their children about it.

One reason why parents hesitate to talk with their children about sexuality is the misunderstanding that doing so means talking about sexual behaviors. It actually doesn’t—particularly for younger children. What children are bombarded with from birth and what parents need to talk with them about from the earliest ages has to do with gender: what society says it means to be a girl or a boy and the consequences of either fulfilling or going against those expectations.

There is no greater cultural example of this in the U.S. than Halloween costumes. Costumes, separated by what are considered “girls’ costumes” and “boys’ costumes,” communicate that girls should be sexy, while boys can celebrate a range of their boyness, from strength to humor to scariness. Boys are told to “Be fearless!” and girls to “Be sassy!” Because nothing says scary like a sassy 12-year-old girl.

Halloween costumes are far from the only offender. Most toy stores separate their inventory by gender; greeting card sellers do the same. Boys’ toys enable a boy to “be like dad” (because, why would he want to emulate his mother?), while toys for girls represent “everything nice.”  When a baby is born, we learn that “B is for Boy…and balls and bats… and bikes… and banged up knees…”and that “G is for Girl…and giggles and grins/games and glitter….”

Why is our culture so set on gendering how we act? The egregious examples above come from the land of capitalism. But the real root of this worldwide cultural investment in raising boys to be masculine and girls to be feminine is homophobia—the irrational fear of or discomfort with people who are or are perceived to be lesbian or gay.

With so much progress recently relating to same-sex marriage, this admonishment of homophobia may seem misplaced—but believe me, it isn’t. The general public still confounds sexual orientation and gender, assuming that a boy or man who has stereotypically feminine traits or interests is gay, and that a girl or woman who has stereotypically male traits or interests is lesbian. And because this remains a distressing thought to far too many parents, our culture tries to “inoculate” children from the get-go, convinced that swathing a baby boy in blue and a baby girl in pink will ensure their heterosexuality.

There is more flexibility for girls than for boys. A girl who plays with stereotypically boy games and toys is being strong, improving herself by being more “male.” Conversely, if boys play with stereotypically girl toys, they are weak. And although we tolerate some ambiguity the younger a child is, a gender line is usually drawn by the elementary school years, when children are told, “Isn’t it time you started playing with…?”

Now, I am not saying that parents of boys need to go through their homes and throw out their footballs and action figures or that parents of girls need to push their daughters away from playing dress-up or having tea parties. What we need to do, however, is be very aware of how we respond to kids who fulfill the cultural stereotypes and those who don’t and why we are responding as we do. Parents need to remember:

The Gift of Acceptance

The single most common question we hear from young people is, “Am I normal?” If children get the feeling from their parents that how they behave, dress or speak is not OK, they will learn to play a part in order to make their parents happy. And while this gender conformity may comfort the adults in their lives, children who limit themselves rather than being true to who they are are much more likely to have lower self-esteem. If we communicate instead that we accept our children—whether a son is a football player or loves to play the violin; whether a daughter is a ballerina or fascinated by how cars work—our children will be more likely to grow up to be strong and sure of themselves. And that means they are much more likely to be strong, sure and happy adults.

We survived Halloween and are already seeing ads for the upcoming winter holidays. This holiday season, the best gift we can give the young people in our lives is to talk with them about gender and sexuality, share accurate information and impart our values and remind them that they are important, valued and loved, no matter what.

This entry was posted on November 22, 2013 and is filed under Sexuality Education. You can follow any responses to this entry through the RSS 2.0 feed. You can leave a comment, or trackback from your own site.