What the 2012 Election Means for Sexuality Education 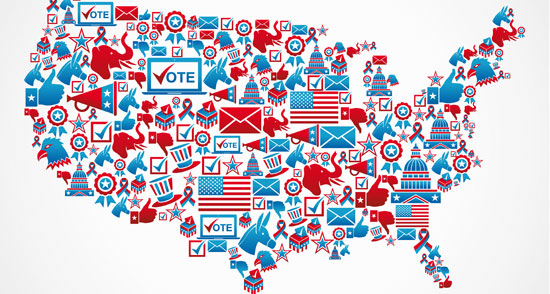 I’m not going to lie—I started writing this blog on Election Day before we heard the results. I am neither psychic nor overconfident, but there is only one possible outcome that will not devastate an organization like ours that is dedicated to ensuring that young people have unfettered access to age-appropriate sexuality education: having a Democrat in the White House.

At the same time, however, a Democrat in the White House does not guarantee that sexuality education and reproductive and sexual health organizations have nothing to worry about. As we have seen in recent years with the increase in vituperative legislation against women and young people passing in states all around the U.S., a Democrat in the White House is hardly the safeguard many have considered it to be. So with President Obama’s reelection, we must remain vigilant and work even harder to change policies that limit or deny access to sexuality education and safeguard policies that are educating and serving young people well.

We also need to hold the Administration’s feet to the proverbial fire when it comes to supporting comprehensive sexuality education, which has yo-yoed a bit over the last four years. When Mr. Obama campaigned in 2008, he was the first candidate to mention sexuality education—an exciting development for those of us dedicated to this work. We were grateful during his first term for his significant investment of federal funding for teen pregnancy prevention and more comprehensive sexuality education programs, yet neither issue featured prominently during his reelection campaign. We were ecstatic when the President cut all of the failed abstinence-only-until-marriage programming funding from the federal budget, yet deeply disappointed when this funding was reinstated as an add-on to the healthcare reform bill to the tune of $250 million over five years. (This was the same tactic social conservatives used with former President Clinton, under whose watch the initial increase of $250 million over five years was attached to the passage of his welfare reform bill).

Grossly misunderstood as “harmless,” the programs supported by this funding stream teach misleading, incomplete information. At their most benign, they are useless; at their most harmful, they serve to misinform and erode the self-esteem of young people—particularly young girls—who are made to feel worthless for having a sexual thought, feeling or question. So when an Administration funds abstinence-only-until-marriage AND comprehensive sexuality education programs, the comprehensive programs must do double work: first, to unteach the misinformation being propagated by the abstinence-only approaches; and second, to provide the age- and developmentally-appropriate knowledge and skills that research consistently shows young people need.

Sexuality education cannot be supported tentatively by our political allies; it must be embraced wholeheartedly and given the financial backing and social and political clout it deserves. It can no longer be seen as a bargaining commodity for political gain; it must be a nonnegotiable need equal to reading, math and other subjects young people learn from the earliest ages. Sexuality education opponents are in the minority in this country, yet they are a vocal minority whose fear-based messages are frighteningly effective with parents and other adults who are still trying to understand what sexuality education is, when and by whom it should be taught and what should be included.

How powerful would it be if our nation’s leader publicly and emphatically voiced his support for comprehensive sexuality education that begins with very basic information in kindergarten and continues through grade 12 in every school; that is taught by professionals who have been trained to do so comfortably and effectively in partnership with parents and caregivers in their community;  that is not just about preventing pregnancy and disease but that also includes life-enhancing knowledge and skills to help young people grow into well-adjusted adults? How powerful would it be if we stopped tolerating the nonsensical, orchestrated misinformation perpetrated by that vocal minority of adults about what sexuality education is and instead listened to the research and the youth development experts who stand ready to work with parents to help their kids grow up happy and healthy?

We need a paradigm shift in this country’s attitudes about sexuality education, which is a significant focus of Answer’s new strategic plan over the next five years. We can make immeasurable progress on this strategic priority if the policymakers at the federal and state levels stop playing politics with sexuality education and instead give it the true, unconditional support it needs. Anything can happen in the next four years, especially with a topic like sexuality education. But it can no longer be seen as a political hot potato. Policymakers must have the courage to support it openly and enthusiastically.

This entry was posted on November 7, 2012 and is filed under Sexuality Education. You can follow any responses to this entry through the RSS 2.0 feed. You can leave a comment, or trackback from your own site.